An Overview of Casinos in Portugal

Casinos in Portugal have a long history, as do many other casinos in European countries. Europe was the birth place of modern day casinos, and Portugal was not left out in the burgeoning trend. The oldest and biggest modern day casinos in all of Europe is located in Portugal.  Casinos and gaming houses were very popular throughout the Middle Ages, especially in so called Spa Towns where the aristocracy gathered to enjoy the health giving waters of the particular towns rivers or ocean. This gave rise to the modern term Spa, where many people go to enjoy hydrotherapy of some sort.

One of these towns was Estoril, where there is still a casino today. The casino was originally built in the late 19th century on the behest of King Luis who had made the town his summer home. The citadel fort was converted to royal residency, and a casino along with a spa resort was built there. From there casinos spread throughout Portugal, and now about 15 of them can be found in various locations. All casinos in Portugal are operated by only two large consortiums which have the monopoly.  Although Portugal has a long casino history, it is only rather recently that they became a popular pastime. The current casinos follow the Las Vegas model, and are for the most part a piece of a larger complex involving a hotel and a number of attractions.

Casino Estoril is the afore mentioned contender for the largest and oldest casino in Europe. During the Second World War it was a popular place for spies to meet, as it was often very crowded. This casino was also the inspiration for Ian Fleming’s novel Casino Royale. Ian Fleming himself spent a lot of time at Casino Estoril during his lifetime. Today the casino is a part of a larger complex that includes a number of restaurants and bars. The casino floor is massive, and is home to 1000 slot and video poker machines. Table games follow the traditional European format with French Roulette, Blackjack and Baccarat on offer. Some lesser known ones like Banca Francesca are also able to be played for those looking for something different. The restaurants vary in dining styles, ranging from fine dining to grabbing a quick bite for players. Live entertainment is provided almost nightly in one of the bars or lounges. It is important to note that like a lot of casinos in Europe, the Casino Estoril closes at 3am each morning. 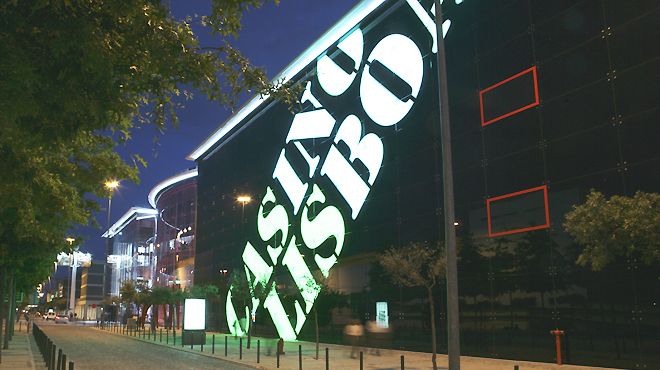 The Casino Lisboa is situated in the town of Lisbon, and was opened in 2006, making it a pretty modern casino. It is also a part of a complex, this one offering a number of bars and restaurants and also an award winning art gallery. The casino is large, with over 1100 slots and other gaming machines. Table games are the usual fare of Punto Banco, Blackjack and https://onlinecasinodubai.org/roulette/. The casino is a fancy one, with a smart casual dress code that does not allow shorts or any sports clothing. Two private areas can be hired out for functions.

This a much smaller and more intimate casino located in the province of Algarve, in the Sea side town of Monte Gordo. The casino itself is part of a small complex that has only one restaurant and three bars. 285 slot machines offer a nice choice along with the usual table games such as Blackjack and American Roulette. Live events are often organised in the restaurant.