Having a Detailed Look at the Asian Games

In addition to the international Olympic Games, every continent has an Olympic-style multi-sport tournament that its respective countries can participate in. The Asian Games are also known as the Asiad and are recognised by the International Olympic Committee. They are held every 4 years, attracting athletes from all over Asia. They were originally regulated by the Asian Games Federation, but have been overseen by the Olympic Council of Asia since that Federation’s breakup in the 1980s.

The Far Eastern Games were held several times in the first half of the 20th century, and these pan-Asiatic events were the predecessor to the Asiad. In the face of general political instability, the organisation was discontinued. After World War II several Asian countries gained their independence, and wanted to form a new kind of competition, where superiority was not expressed through violence. During the 1948 Summer Olympics, which were held in London, sportsmen from the Philippines and China discussed the notion of restoring the Far Eastern Games. Guru Dutt Sondhi, who was the Indian representative of the International Olympic Committee, did not feel that restoring those games would do enough to showcase the achievements and sense of unity that had been growing in Asian sports. He proposed an entirely new competition, which grew into the Asiad. This also led to the formation of the Asian Games Federation, which oversaw the Asiad.

The first games were held in New Delhi in 1950, but after 1962 they were besieged by several crises where for different political reasons and allegiances countries that had been selected as hosts reneged on their responsibilities. These ultimately led to the creation of the Olympic Council of Asia in November 1981. After this the Asiad were more stable, promoting the ideals of nationalism and sportsmanship, and expanding to include more and more countries. For example, 1994’s Games included the former Republics of the Soviet Union (Uzbekistan, Kazakhstan, Tajikistan, Turkmenistan and Kyrgyzstan) for the first time. 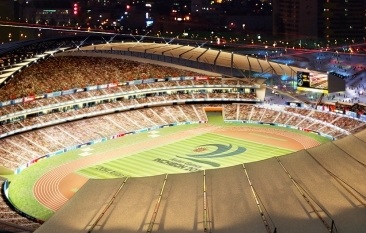 Any affiliated member of the Olympic Council of Asia is eligible to send athletes to the Asiad, though only 7 – Japan, Indonesia, India, the Philippines, Sri Lanka, Thailand and Singapore – have competed in all editions. Certain countries that are partially or fully in Asia participate in the corresponding European Games events rather than the Asian Games, including Russia, Turkey. Georgia, Cyprus, Israel and Armenia. In some instances this has happened for political or security reasons, while in others this was simply the course of events. Taiwan, with its continuing ambiguous political status, has participated in the games under the Chinese Taipei flag since 1990.

The current President of the Olympic Council of Asia, Sheikh Ahmed Al-Fahad Al-Ahmed Al-Sabah, rejected a proposal to allow Australia to participate in the games. While acknowledging that Australia could bring value to the Asiad, he said that it would be unfair to the Oceania National Olympic Committees. Australia and New Zealand are actually members of this Oceania Group, and thus participate in the Pacific Games.

The Games are still not without occasional flare-ups of political tension, such as Iraq’s 1990 suspension due to the Persian Gulf War. However, on the whole they promote the ideals of sporting excellence, solidarity and respect, and promote important cultural learning and exchanges between participating nations.